No Resolutions – Just Memories and Hopes 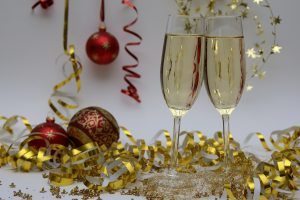 I don’t make New Year’s resolutions. But since January is named after Janus, the two-faced god that can look both ways, I do look to the past and the future just to see what I can see.

Last year was a very mixed bag. It brought the heights of joy and the depths of depression, along with a little hypomania and dysthymia thrown in just because my brain does that.

The big negative this year was my husband’s heart attack in August and all the medical and financial repercussions that entailed. He’s back at work now, though he’s having difficulty managing the mental and physical stresses of it, so much so that he hasn’t made it to cardiac rehab in over a week. Rehab is not just a good thing physically; Dan said it made him feel energized, productive, and cheerful. I know, I know, exercise could do the same for me.

Still, there have been good things. My book, named after this blog, has now been published. This is a huge event in my life that lifted me temporarily out of depression and into (possibly) hypomania. And I have retired, meaning only that I will start collecting Social Security next year. It will not alter my blogging, writing, or other pursuits, since what I make from them won’t be over the “allowed-to-make-in-addition” line.

As for next year, I expect to see more of the same (minus, I hope, the heart attack). There will still be problems paying the bills, including the massive hospital one, but at least I will have a steady, fixed income. It will help me with my anxiety over potential financial collapse and my unreasonable fear of losing the house.

I’m also planning to get away for another long weekend at a bed-and-breakfast on a working farm. The last time we did it, it proved enormously soothing and relaxing. Another such mini-vacation would be ideal. We certainly won’t be able to take a full vacation, so I won’t even hope for that.

The other good news is that my second book, Bipolar Us, will be published. It may not be attended with the same level of hypomania that the first one was, but at the very least there will be real joy. Also in the coming year, I plan to finish my mystery novel and place it with an agent.

As far as my bipolar disorder, in the coming year, I will still have it. I expect that my meds will change not at all, or minimally since I’ve been relatively stable for so long. But I know it won’t go away just because I’ve crossed “publishing a book” off my bucket list. That’s not the way it works.

If this sounds like my 2019 will be more of the same, well, that’s because that is truly what I expect. Of course, my expectations will have no influence on the outcome. The year will be what it will be, as rife with unexpected events as this one was. My main hopes are that my husband’s health and my writing both improve.

I’ll try to remember the lessons learned from this year – that we are both strong and good things can happen to us. And I’ll try to plan for some positive accomplishments in 2019 and hope they’re within our reach. I won’t call them resolutions, though. Resolutions are so easily broken and I don’t like to think that my plans and hopes are.