Does Immorality Cause Mental Illness? 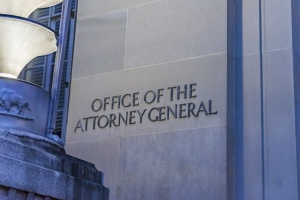 Aaand…we have a new contender for what causes mental illness.  According to U.S. Attorney General William Barr, it’s a breakdown in Judeo-Christian morality. In fact, he blames a lot of woes on what he calls “secularism”:

“Along with the wreckage of the family, we are seeing record levels of depression and mental illness, dispirited young people, soaring suicide rates, increasing numbers of angry and alienated young males, an increase in senseless violence and a deadly drug epidemic.”

Let’s look at that for a minute. Immorality causes wrecked families, depression and mental illness, suicide, violence, and drug epidemics. Lack of religion – or at least the proper Judeo-Christian one – brings on everything but the zombie apocalypse.

Steve Benen, writing for MSNBC, points out the flaws:

For one thing, it’s factually wrong. There are complex factors that contribute to problems such as drug abuse, gun violence, mental illness, and suicide, but to assume these issues would disappear in a more religious society is absurd. There are plenty of Western societies, for example, that are far more secular than the United States, and many of them are in better positions on these same social ills.

Plus, Barr’s theory would have you believe that in the most religious places in the United States, such ills should not occur. Sadly, we have learned that no community is exempt from these tragedies. And it completely ignores the fact that many mass shooters and bombers cite the Bible as justification for their horrendous crimes.

Ah, but you say, those crimes are attributable to mental illness, which, as Barr tells us, is a product of the breakdown of moral values. It’s a simple equation to him: Immorality leads to mental illness leads to an increase in senseless violence. (As opposed to sensible violence, I suppose.)

And that’s where this slippery slope gets dangerous for those of us who have mental illnesses. Not only are we stigmatized by being blamed for mass violence, we are stigmatized by “ignoring” the cure for our disorders – adherence to the right religious values. (I think it’s fair to assume that Buddhist, Islamic, Baha’i, or Shinto religious values don’t count. In fact, to some religious people, such beliefs are tantamount to mental illness themselves.)

If mental illnesses can be cured by inculcating appropriate religious values, why are we spending so much money on psychologists and psychiatrists, medications, and hospital beds? According to Barr’s theory, that money would be better spent on religious indoctrination, especially for young people. There are many, especially in the halls of power, who agree with him.

You’d think that with the crumbling of the “pray away the gay” philosophy, these people would be hesitant to attempt changing someone’s internal constitution and thought processes simply through the exercise of religion.

Make no mistake, it’s an exercise that is doomed to failure. God does not miraculously grant the right balance of neurotransmitters to the faithful. He does not prevent or cure schizophrenia in those who pray to Him. He does not see to it that tendencies to mental disorders are not handed down through the generations in godly families. Mental illness can strike anyone and does afflict one in four people at some time in their lives. Surely that 25% of people are not all secularists. Just because people with mental disorders are sometimes shunned by faith communities (and that does happen) doesn’t mean that they aren’t religious enough.

Morality is not just for the mentally healthy and mental illness is not just for the immoral. If we let this absurd statement go unchallenged, we are setting ourselves up for more stigma, less funding, less freedom, less choice, and less dignity. If we make sure to oppose this dangerous notion whenever we encounter it, we are doing ourselves, our families and friends, and our nation a service. Educating people about mental illness may begin at home, but it needs to spread to society at large or we will be bombarded by more of these ridiculous, dangerous theories.

My mother believed in the power of prayer, and thought I should do more of it. I can’t say she was wrong. She prayed for self-improvement (for God to take away her bitterness at someone) and for social issues (returning prayer to schools). I don’t know whether she ever prayed for an end to my bipolar disorder (she kept most of her praying private between her and God), but I never have. I don’t think it works that way.

You could pray that science finds better treatments for bipolar disorder.

You could pray that you find a support system that helps you (or give thanks for the one you already have).

You could pray that you find a therapist, or a therapy, or a psychiatrist, or a medication that helps you. (Though I would recommend putting some effort into this one yourself as well as praying.)

You could pray that you have the strength to get out of bed in the morning or to sleep at night.

You could pray for understanding of what you’re going through – by another person, by an employer, by the world at large, or even by yourself.

You could pray that you not do too much harm while in the grip of mania or depression.

You could pray that you have the courage to reach out to someone else, and the wisdom to keep reaching.

In my opinion, what you can’t do is “pray away” the bipolar disorder. If you’ve got it, you have to find a way to live with it. If prayer helps you do that, more power to you. But, again in my opinion, prayer is not a cure for the disorder. There are some things that are meant for religion or philosophy to make better, and things that science has a better shot at.

You can point to various miraculous remissions of cancer or other diseases, or make the argument that removing demonic possession would now be called healing of mental illness. And if those give you comfort or hope, again, good for you.

St. Dymphna is the patron saint of the mentally afflicted (though personally, I think she should be the patron saint of abused children). If she, or God, or some other higher power of whatever religion or denomination or sect can lessen your suffering, go for it.

I just don’t believe that you – or I – personally will be cured of bipolar disorder by prayer.

Feel free to disagree with me.