“Lock Up the Crazies Before They Hurt Someone” 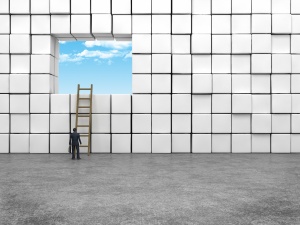 Mass shootings and the public reactions to them are pretty predictable among the mental illness community.

One thing you hear after every mass shooting – and after many smaller ones – is that the mentally ill should not have access to guns.

Fine. But I have bipolar disorder, as well as some guns that I inherited from my father. I occasionally go to a gun range and fire them, but not often since I’m not the gun aficionado my father was.

So what am I supposed to do? Sell the guns? Give them away? Turn them in to the police? My therapist? I was taught gun safety from a young age by two certified pistol and rifle instructors (my parents) long before I received my diagnosis.

The further you go into the debate about guns and the mentally ill, or about whether the mentally ill are a danger, the deeper you get into fundamental constitutional, legal, and medical issues, as well as considerations of simple practicality.

Some advocate locking up the mentally ill. This is irrational. What the proponents really mean is “Lock up the dangerous mentally ill before they become mass shooters.” And that is impossible.

First, there’s the matter of due process, which is as much a part of the Bill of Rights as the vaunted Second Amendment is. You can’t just lock people up without a trial or at least a hearing.

Second, there’s no way to determine whether a mentally ill person is likely to become a mass shooter or any other kind of danger. The only generally known predictor of violent behavior is past violent behavior. In fact, there’s no way to tell whether any given individual is going to become a mass shooter. That’s because it’s really hard to predict the future.

Third, there’s the consideration of medical decisions and the right to privacy. HIPPAA has gone a long way toward protecting the privacy of patients – including the mentally ill. At the moment, a mentally ill person can only be held for 72 hrs., and then only if the person goes to the hospital voluntarily or is determined to be a danger to self and others. That’s a high standard, and it should be.

Fourth, the mental health system is already understaffed, underfunded, and overwhelmed. There are long waiting lists for beds in hospitals and treatment facilities. Are we to build new asylums to accommodate all these supposedly dangerous persons? Train more counselors to treat them? Or just lock them up and get them out of sight, out of mind?

Fifth, the idea that mentally ill persons can be forced to accept treatment and take their medication as prescribed violates several basic rights. My mother, who was not mentally ill, hardly ever took her medications as prescribed. She would quit taking one after a few days “because it wasn’t helping” or “it caused sores in her mouth” – without telling her doctor. Should she have had a caregiver to monitor her compliance? Who would monitor all those potentially noncompliant mentally ill persons as they take their psychotropic drugs? I see, we’re back to putting them in asylums.

Besides, refusing treatment is a right that patients have – even mental patients. Physically ill patients, for example, can choose to forgo chemotherapy or dialysis or medications that cause side effects worse than the condition they’re prescribed for. And mental patients have the same right. They can stop taking a medication because they fear side effects like tardive dyskinesia or even weight gain, though we hope they consult their doctors first.

But forced treatment and forced medication, as some have suggested, brings us back to the question of who, how, and where. Asylums? Court-ordered treatment? Medications that must be taken in the presence of a doctor or a therapist (who is not qualified or licensed to dispense medication)?

Take all those arguments against forced treatment of the mentally ill and add the fact that the mentally ill are far more likely to be victims of violence than perpetrators of it, and where are we? Admittedly, the mental health “system” is broken, or at least badly fractured. But is the answer really to take away the civil rights of people who have broken no laws?

The press and the public are quick to focus on the mentally ill as the culprits in mass shootings. But even if they were correct, taking away fundamental rights would not only be no real solution, but would chip away at the rights of other disenfranchised or minority populations – the homeless, for example.

If there’s a solution to this problem, I don’t know it, but locking up the “crazies” isn’t it.

If you want to read more on both sides of the issue, see the L.A. Times article by Paloma Esquivel at http://www.latimes.com/local/la-me-adv-lauras-law-20140310-story.html.

Why I Hate TV Drug Commercials

Comments on: "“Lock Up the Crazies Before They Hurt Someone”" (6)