Books About Bipolar and Other Fun Topics 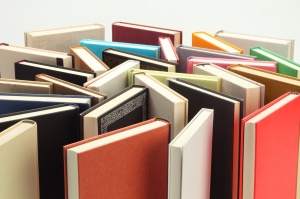 I love reading. Always have – except for the period when a major depressive episode stole it from me –https://wp.me/p4e9Hv-qp. I’m never more than two feet away from a book or, at this point in my life, an ereader. Reading is how I explore the world.

Let me share some of my reading with you.

For sheer delight as well as profound insights, try Jenny Lawson’s Furiously Happy: A Funny Book About Horrible Things. Amid the hilarious stories of life in her other-than-typical family are insights into depression and social anxiety, along with a manifesto of defiance – the will to be, well, furiously happy.

The other easily approachable book is Allie Brosh’s Hyperbole and a Half: Unfortunate Situations, Flawed Coping Mechanisms, Mayhem, and Other Things That Happened. What started as a humorous blog grew into a book (with quirky illustrations) featuring two chapters in particular, “Adventures in Depression” and “Depression Part Two,” which are about as good as writing about depression gets. A second book, Solutions and Other Problems, was scheduled but has been postponed indefinitely.

And while we’re on the subject of funny books about mental illness, there’s Surviving Mental Illness Through Humor, an anthology edited by Jessica Azar and Alyson Herzig.

Perhaps the best-known book in the field of bipolar disorder is An Unquiet Mind: A Memoir of Moods and Madness, by Kay Redfield Jamison. In it, Jamison deals openly and honestly with bipolar disorder, particularly with mania and psychosis, along the road to becoming a doctor herself. She has also written Robert Lowell, Setting the River on Fire: A Study of Genius, Mania, and Character, about the famous modern poet, but I haven’t read it yet, so I can’t comment.

Birth of a New Brain: Healing from Postpartum Bipolar Disorder, by Dyane Harwood, is another recent book that I haven’t read yet, either. But I know Harwood’s writing and expect it to be a stand-out, as well as the only book I know of on that particular topic.

Other books on bipolar disorder include Lost Marbles: Insights into My Life with Depression & Bipolar by Natasha Tracy.

For books about depression, the definitive work is The Noonday Demon: An Atlas of Depression, by Andrew Solomon. A thorough examination of depression, including the author’s own, it is practically a reference book on the topic, though much less dry than that makes it sound.

Darkness Visible: A Memoir of Madness, by William Styron, is another classic on depression that I really ought to read, but haven’t yet because I’m not that fond of Styron’s writing. (Sophie’s Choice is his best-known work.)

For mania, I recommend Just Like Someone Without Mental Illness Only More So: A Memoir, by Mark Vonnegut, M.D. The son of Kurt Vonnegut, Jr., the author deals less with his celebrity father, instead focusing on his saving-the-world-style mania during his pursuit of an M.D. degree.

Other books that I can recommend include:

And for an opposing point of view, if you must, there’s Anatomy of an Epidemic: Magic Bullets, Psychiatric Drugs, and the Astonishing Rise of Mental Illness in America, by Robert Whitaker. Once you’ve read the title, you pretty much know how the book’s going to go; I don’t recommend this anti-psychiatry screed.

What books do you recommend? Which have helped you?

The Question I Hate the Most

Comments on: "Books About Bipolar and Other Fun Topics" (6)