Does It Help When Celebrities Talk About Mental Illness?

But how much does it help?

That depends on who is talking about mental illness and what they say. 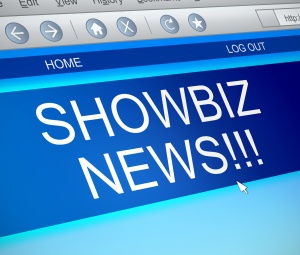 We need more mental health advocates like actors Carrie Fisher and Glenn Close. Both of them have spent years talking about their own and their loved ones’ experiences with bipolar disorder and schizophrenia. Neither one is a one-benefit-and-they’re-gone supporter. They repeat their vital messages again and again, in different ways, in different venues, in different words. Carrie Fisher, in particular, used her mega-star power and witty personality to keep the discussion alive and spread it to millions of people.

While not devoting as much time and attention to mental health activism as Fisher and Close, other well-known entertainers including Demi Lovato and Lady Gaga have made contributions to the public discussion on various mental illnesses. Because of their large number of fans, these messages reach millions of people. And their music reaches people at an emotional level that PSAs just can’t. If even a small percentage of their audiences pays attention to the messages, that’s a lot.

And we can’t forget Prince Harry. Positive messages about mental health coming from royalty are ones that people will listen to. (You know how we Americans love royals.)

Other celebrities mention their mental health diagnoses in public, but do little more to campaign for mental health causes. Catherine Zeta-Jones spoke of her bipolar II diagnosis when she was hospitalized for five days, saying that it was brought on by stress. And renowned glass artist Dale Chihuly admitted his bipolar disorder when he was more or less forced to by a lawsuit.

Staying quiet certainly is their right. Mental illness is a deeply personal and to many, a private thing. And celebrities as much as any of us must struggle with when and how and to whom to reveal their struggles. Perhaps in the future they may become more comfortable talking about their problems and contributing to mental health causes and organizations.

Unfortunately, suicides speak loudly. Robin Williams’s death by suicide made a big impression. It got people talking – if only to ask “why?” Though a lot of the conversation revolved around “Even funny people can have suicidal depression,” that’s a start on the message that you can’t tell who’s suffering inside just by looking at them. It’s just too bad that the death of a beloved entertainer is needed to start that discussion.

Are the media “celebrities”? A few individuals truly are, But as a group, the media have the largest platform of all. And what do they say about mental health? I think you know the answer. Mental health gets discussed in the news media in cases of terror and tragedy, and when no other explanation comes readily to mind.

The media bear a huge responsibility when it comes to stigmatizing mental illness. Theirs are the only messages that many people hear – and believe. The news media have (or at least used to have) a reputation for spreading the truth. Nowadays we can’t even count on that. The splintering of the news media into “sides” to promote opposing ideologies – combined with shrinking budgets that have nearly eliminated informed science reporting – make it difficult for the average news consumer to know who and what to believe.

Who does that leave to spread the message? Us. Those of us who live with mental illness or have loved ones who do. And sometimes I worry that we are talking mostly to ourselves – to each other. Don’t get me wrong. Those conversations are vital in helping one another deal with our difficulties and sharing messages of support and understanding.

But maybe we can do more – even if it’s educating a family member about depression or wearing a semicolon tattoo to promote suicide prevention or posting/commenting on social media when a news outlet has gotten its coverage of mental illness all wrong.

Among my fondest hopes is that one or more of my blog posts will be passed along to someone who needs to hear the word. “Here – read this,” is a message I would be proud to spread, even though I’m no Carrie Fisher.

The Gray Dog and Me

Comments on: "Does It Help When Celebrities Talk About Mental Illness?" (2)

I Love People Who Improve

The Wing-Wing and the Tutu