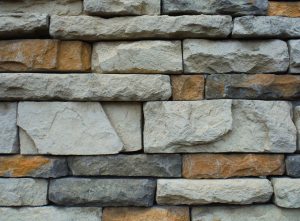 After my last (and, I hope, last) major bipolar breakdown, my therapist pointed out that I had a unique opportunity: I could reclaim those parts of my life that had fallen away, or I could leave them behind.

I could choose. That idea was very powerful.

I had a lot of irrational feelings and associations that I needed to reconsider after leaving a toxic relationship. I had given up needlework after making an elaborate set of chair backs destined to be inherited by someone else’s children that I would never see. I got to dismiss those feelings and reclaim my creativity. I chose to take up needlework again. Whoever’s children can have the chair backs.

In fact, I had bad associations with nearly everything associated with that relationship: folk music, guitar lessons, cooking and entertaining, even blue spruce trees and cobalt blue glassware, for God’s sake. I reclaimed the music and the cooking, but let the entertaining largely fall by the wayside, as it triggered my bipolar disorder as well as my memories. I got over the blue spruce and learned to shrug at anything cobalt blue, though I still don’t buy any.

None of these things caused my major meltdown, though they may have contributed to my shaky mental state. They were simply things that I had lost along the way. And since I was in the process of rebuilding myself afterward, I could view them as stones to build something solid with or as broken bricks to discard.

Rebuilding from the bipolar breakdown was not as easy as merely taking back a few hobbies and interests. It involved reevaluating large parts of my life. Would I go back to school and get another degree? I would not. I weighed the idea and decided it would be too much stress just to add a few more letters after my name. Would I resurrect my mostly-dormant writing career? Yes. And I’ve taken it further than I ever thought I would. Would I reconnect with the country music I loved best but had been shamed for listening to? Of course!

The process of putting myself back together is one I have been through several times now, and each time I got to choose what to bring with me and what to leave behind. Bipolar disorder, much as I hate what it has done to me in so many ways, has at least given me that chance to reinvent myself if I wished to or resurrect myself if I felt like it.

I’ve always hated when people say about some bad experience I’ve had such as my appalling relationship or my bipolar condition, “But you’ve learned so much from it!” I always think, “Maybe so, but the lesson wasn’t worth the price I paid.” But having the opportunity to rebuild myself – and especially to choose what I want to be part of the new me – is very nearly worth it. I owe that epiphany to my longtime therapist, Dr. B. But I’m the one doing the work. And it is indeed very much a work in progress. I am a work in progress.

Bipolar disorder is one of the bricks I have to rebuild with, and it always threatens to make my new structure a bit shaky rather than completely solid. But isn’t every life a work in progress? Don’t we all have bricks or timbers or stones that are at least a little unsound or misshapen, that we have to shore up or fit in as best we can?

I can’t guarantee that my structure won’t crumble again, though it has been relatively stable for some time now. But at least now I know that I have the ability to start over yet again. And to choose myself. That choice is both powerful and empowering. Just as it is said that all writing is rewriting, all my building is rebuilding.

And I’m okay with that.

Bring on the Dancing Boys!