What Schools Are – and Aren’t – Doing About Mental Health 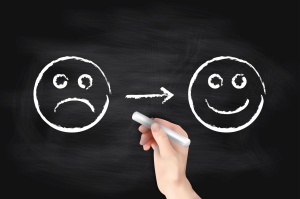 I believe that mental health education belongs in schools. I’ve written about that (https://wp.me/p4e9Hv-Jw). There’s good news about the subject and there’s less-good news. I’ll let you sort out which is which.

First, two U.S. states are now required by law to include mental health in their curriculum – New York and Virginia.

New York’s law mandates teaching the subject as part of the K-12 health curriculum, which has only two other specifically required topics: alcohol, drug and tobacco abuse and the prevention and detection of certain cancers. According to the law, the new education requirements seek to “open up dialogue about mental health and combat the stigma around the topic.” Free resources for New York schools, such as teacher training, are available online. These include lesson plans, though schools and teachers are free to design their own curricula.

In Virginia, mental health education is required only in grades 9-10. Huffington Post reports that the legislation came about “after state Sen. R. Creigh Deeds (D-Charlottesville) saw that three high school students had researched, developed and presented the proposed legislation, which struck close to home for the legislator, who had lost his son to suicide in 2013.”

Indeed, those laws are good things, though one could wish that the other 48 states would take note and do likewise. They are, of course, not forbidden to teach mental health education, and many do, especially around the topics of drug and alcohol prevention and suicide prevention. Some of them even require education on those two topics, along with bullying. Many of these efforts are sincere, significant, and even life-saving, but it is worth noting that bullying and student suicide are events for which schools are at risk of legal liability. One might wonder whether that has influenced the laws, rather than supporting more comprehensive mental health education.

Contrast the U.S. experience with England, where all secondary school teachers and other school staff are being given training that will help them identify mental health issues in children, including depression and anxiety, self-harm, and eating disorders. This is thanks in part to Prince Harry’s openness about needing counseling to help him deal with the death of his mother, Princess Diana, which happened when he was 12. The Prime Minister has said that the prince’s disclosures will help “smash the stigma” regarding mental illness and the need for getting help.

“The programme is delivered by social enterprise Mental Health First Aid (MHFA) England, backed by £200,000 in Government funding,” notes the Telegraph, “and will be extended to primary schools by 2022.”

The campaigns around the mental health mandate, especially those featuring Princes William and Harry, have focused on the need for Britons to abandon their “stiff upper lip” image and to accept that men can and do need to seek help for mental difficulties. While that is indeed a vital message, one hopes that girls and women do not get left behind in the efforts.

What about U.S. states where mental health education is not a fact of life?

For schools in the U.S. that have not mandated mental health education, the National Alliance for Mental Illness (NAMI) has developed resources that can help districts, schools, teachers, and families address the problem through the NAMI Parents & Teachers as Allies program of training.

They have also developed a presentation for students called NAMI Ending the Silence, “designed for middle and high school students that includes warning signs, facts and statistics and how to get help for themselves or a friend.” These programs are offered free to schools and communities. For more information, go to https://www.nami.org/Learn-More/Public-Policy/Mental-Health-in-Schools.

For a more DIY approach, youth.gov (https://youth.gov/youth-topics/youth-mental-health/school-based) recommends that schools “partner with community mental health organizations and agencies to develop an integrated, comprehensive program of support and services.” Among the actions they recommend are for schools and partnerships to:

In other words, for schools to spend the time and energy to do for themselves what the state and national governments are unwilling or unlikely to do.

To me, this is one of those times when a national curriculum makes sense, or at the very least a mandate in every state. Mental health education should be comprehensive, freely available, easy to access, and scientifically accurate for all schools and schoolchildren. The education this would provide and the statement it would make would be invaluable. Drug and alcohol, bullying, and suicide prevention are just a start, but a start that many states have not made.

What Kids Should Learn About Mental Health

Comments on: "What Schools Are – and Aren’t – Doing About Mental Health" (1)

Coats of Many Colors