Why are there no 12-Step groups for persons with bipolar disorder? 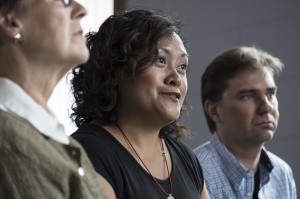 There are a number of support groups, both online and in local areas – and even a Facebook page called Bipolar Anonymous (https://www.facebook.com/bipolaranonymous38/) – though it’s not a 12-Step group and seems to consist mostly of posted memes of encouragement. They describe themselves as:

a group page for people who suffer from a Mental Illness, or are having a rough time of things, to seek out people with like problems, for support and a place to vent.

My short answer is that a 12-Step program would not work for bipolar disorder.

It’s not that people with bipolar don’t need AA. Some do. As James McManamy says at Health Central (https://www.healthcentral.com/article/bipolar-and-alcoholism-is-aa-the-only-game-in-town):

One-half of those with bipolar experience alcoholism at some stage in their lives, far more than the general population. Four in ten experience other substance use issues. This extra burden comes at a huge personal and family and social cost. As if bipolar weren’t bad enough, already.

However, at many 12-Step meetings, according to David Oliver (http://www.bipolarcentral.com/articles/articles-644-1-Ailcoholics-Anonymous-and-Bipolar-Disorder.html), alcoholism is the only condition discussed at meetings. Bipolar disorder is considered an “outside issue.” However, he also notes that for those with a dual diagnosis:

Part of the program of Alcoholics Anonymous is to get a “sponsor.” A sponsor is a person who will help the member through the 12 steps of the program, to help them stay sober, and to help them deal with the issues surrounding their alcoholism.

Another facet of AA that can be applicable to those with bipolar disorder is Reinhold Niebuhr’s Serenity Prayer: God, grant me the serenity to accept the things I cannot change, Courage to change the things I can, And wisdom to know the difference.

But as to the 12 Steps themselves, only a few are likely to be helpful to bipolar sufferers, and several apply not at all. Let’s take a look at a few:

These, the first two steps, are problematic if you replace alcohol with bipolar. We are not powerless over bipolar. There are treatments, involving therapy and/or medication, that give us power to manage how bipolar affects us. And that Higher Power so essential to AA – often expressed as “God as we understand Him” – will not restore us to sanity, through prayer may help us get through the difficult times associated with the disorder. (https://wp.me/p4e9Hv-B6)

On the other hand, a few of the 12 Steps may be relevant:

Few would deny that bipolar disorder has often been a factor that affected our relationships with others. We can certainly acknowledge that we have hurt others as well as ourselves while in the grip of mania and/or depression, and we can offer or try to make amends.

But, overall, it seems that 12-Step programs are not for us.

What is there to suggest instead? Here are two places to look:

DBSA has a page that helps you locate support groups in your area. Unfortunately, there are none within a reasonable distance of where I live.

However, I could always start one. And so could you.

Also, I invite you to write any number of steps that would be appropriate for a support group along the AA model.

Helping a Loved One Get Help

Comments on: "Twelve-Step Groups for Bipolar?" (6)

Chillin’ at the Waffle Ho