I Don’t Care If They Discover the Cause of Bipolar 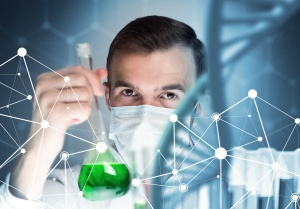 Recently there have been several so-called “breakthroughs” in discovering the cause of bipolar disorder.

And I really don’t care.

Whatever they decide the cause is, I still have bipolar disorder. No matter if it’s toxoplasmosis, gut bacteria, or faulty synapses that are behind it, I still get to experience the lows and (sometimes) highs, the apathy and psychological pain, the weeping and despair, the irritability and touchiness, the anxiety and the gloom.

Knowing the cause will not alleviate my symptoms one bit.

I know that people believe that discovering the cause will bring us that much closer to a cure.

But will it really?

If the cause is genetic, how am I supposed to go back and change my genes? Or does anyone really believe that gene therapy will be available to the mentally ill when even hospital beds are denied them?

If the cause is viral, does that mean that a cure is right around the corner? We now know what virus causes AIDS – HIV was discovered in 1983 – but nearly 35 years later, a cure is still far away. Yes, there are treatments that improve health and extend life, but there are also treatments that alleviate some of the symptoms of bipolar disorder. Will any advances be orders of magnitude greater, or merely incremental? And how much money will be devoted to finding those treatments when Huntington’s disease, multiple sclerosis, and a host of other conditions are still without a cause, a cure, or sometimes even minimal treatments?

With most bipolar sufferers being treated (if at all) in community mental health centers, via EAPs, or through six-weeks-and-out insurance programs, what are the odds that any new breakthroughs and any new treatments that result will be available to the bipolar-on-the-street (or in the group home or even at home or at work)? Will someone really arrange MRIs or TMS or brain implants for the homeless?

With bipolar disorder once again considered a pre-existing condition and not given parity with physical ailments for insurance purposes, will any advances trickle down to us at all?

What do you want to bet that any breakthroughs regarding the causes of bipolar disorder will lead to more pharmaceutical research and yet another pill that costs more than the average person can pay or the average insurance will reimburse? And how long will that treatment take to get through the FDA pipeline to reach the people who need it?

Nor is knowing the cause of a disorder necessary to cure it. Isaac Semmelweis didn’t need to know the cause of childbed fever, a disease that killed thousands – perhaps millions – of new mothers. Germ theory wasn’t even developed until decades later by Lister and Pasteur. But Semmelweis knew that if only doctors washed their hands between conducting autopsies and putting their hands in pregnant women’s vaginas, the death rate would decrease.

Get back to me when you’ve found something that will help. Until then, keep splicing your genes and culturing your bacteria and stimulating your synapses. I’m getting pretty good results with what you’ve already discovered. For now.

Don’t keep raising my hopes until you have something more than “mights” and “some days.”

Comments on: "I Don’t Care If They Discover the Cause of Bipolar" (1)