Whatever Happened to Allie Brosh? 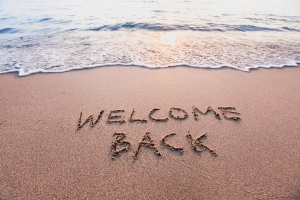 In 2013, Allie Brosh was the darling of the mental health community, on the strength of her best-selling book, Hyperbole and a Half and her blog of the same name. Then she disappeared for seven years. This year, she finally resurfaced with a new book, Solutions and Other Problems.

Hyperbole was such a success because of the humor it contained, as well as the unflinching look at clinical depression.

It was instantly relatable to those of us who had been through it too:

[I] could no longer rely on genuine emotion to generate facial expressions, and when you have to spend every social interaction consciously manipulating your face into shapes that are only approximately the right ones, alienating people is inevitable.

Sometimes humor and insight were combined, as in this passage:

[T] rying to use willpower to overcome the apathetic sort of sadness that accompanies depression is like a person with no arms trying to punch themselves until their hands grow back. A fundamental component of the plan is missing and it isn’t going to work.

It also offered hope, including the famous passage where a single grain of corn helped the author break free from her depression. The book was illustrated with gonzo drawings of the author as a peculiar stick-figure-ish entity with a pink dress and a strange yellow triangle of a ponytail.

Now, seven years later, along comes Solutions, with that same propensity to tear your heart out with truth about loss, grief, and loneliness; relationship concerns, family tragedy, and physical health scares. Then without warning, you come across a passage like this:

Some years have been pretty hard, but overall, I have a pretty easy life. If I find a dead deer, I don’t have to fight a bear for it. I don’t even have to eat it if I don’t want to.

It should be noted that the stick-figure author avatar has a larger wardrobe now. And that, for those who fear that a book containing so much serious material will be difficult to read, rest assured that there are still plenty of dogs, bananas, a drunken kangaroo-pig, and poop stories.

If you get this book – and you should – it will be worth your while to shell out for the print edition ($30 for the autographed version), as the electronic edition is unsatisfying. The illustrations which flesh out this work even more than they did Hyperbole, do not come off to good effect electronically, with the hand-printed dialogue occasionally unreadable. But you need to see the illustrations, in particular Brosh’s extended series on the lives of her and her sister.

During the seven years that she was off the map, Brosh never lost her legion of admirers. In an interview with BuzzFeedNews, she sounded very like Jenny Lawson (The Bloggess), when she said:

Hey there, weirdos (<—they like when I call them that, I promise). You are more dear to me than you could possibly know. … I don’t know where you all live or what you all look like, but I’ve seen pieces of who you are, and it’s good to know you’re out there.

The comparisons between Brosh and Lawson are inevitable. Both write books that address serious, even devastating, topics with a hefty dose of humor. Both have extensive followings in the mental health community. Both have a tendency to self-isolate, but keep writing through the trauma.

Brosh says that she has given up her blog because she was more comfortable with the book-writing process. And Instagram. And playing online games anonymously.

I, for one, hope that she continues with the book-writing process, and that her planned third book doesn’t take another seven years to produce. I don’t think I can wait that long.

Just Because Mental Illness Is Scary…

Comments on: "Whatever Happened to Allie Brosh?" (2)