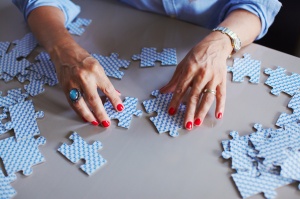 One of the big debates in the neurodivergent world is how autism and mental illness should be classified. Are they unrelated to each other? Do they – or should they – come under the same heading? Is autism a mental illness or not?

Cara Nissman of Autism After 16 hits the nail on the head when she says, “Part of the reason it is so hard to separate out mental illnesses from autism is that autism is still not fully understood and looks different in each person.”

This debate has surfaced many times before and in many venues.  It is a difficult one to resolve because there really is no scientific basis on which to separate a psychiatric disorder from a neurological or developmental one.

Certainly there are some things that feel different when considering autism, especially in its more severe forms, relative to things like depression or anxiety.

But what is it that feels different? The DSM-V, the comprehensive reference manual for psychiatrists, lists Autism Spectrum Disorder among its diagnoses. But that does not automatically mean that autism is a mental illness. After all, at one time homosexuality was listed in the DSM as one.

According to the NIMH, “Autism spectrum disorder (ASD) is a developmental disorder that affects communication and behavior.” That implies that autism is a matter of neurodivergence – that the autistic brain is “wired” differently from those of neurotypical people.

But isn’t that true of various mental illnesses as well? My bipolar brain is wired differently too and I consider myself neurodivergent. Schizophrenia is clearly related to brain wiring. And all of these conditions can be affected, it is currently thought, by genetic and/or environmental components – including both mental illnesses and ASD.

The website itsnotmental.blogspot.com begs to differ. That site, in promoting the idea that autism is not a mental illness, argues that:

the term “mental illness” is not a diagnosis. It is jargon – a term society uses to refer to some, usually severe and persistent biologically-based, disorders of the brain such as schizophrenia or bipolar disorder which are in the psychiatric manual of symptoms and labels for sets of symptoms arising from some malfunction of the brain, regardless of cause.

So far so good. But It’s Not Mental contradicts itself by espousing the idea that true mental illnesses are based on psychological and emotional components. That’s a point of view I cannot wholly accept, given what we know of biochemistry, neurotransmitters, the brain, and disorders such as bipolar.

Besides, might there not be psychological and emotional factors associated with autism spectrum disorders? Even if the causes (still largely unknown) are developmental or neurodivergent in nature, the effects of ASD can certainly include psychological and emotional problems. Fear, anxiety, and depression can all occur in children or adults who feel they are “different” or are seen as such.

There is also the problem of co-morbidity, or both conditions occurring within the same individual. Nissman sees it as “a growing challenge in the autism community”:

A number of people with autism also have some form of mental illness and the illness can go inadvertently untreated if believed to be just another characteristic of autism.

Indeed, studies within the past 15 years have shown about 70 percent of people with autism spectrum disorders may meet criteria for what are known as comorbid mental health disorders described in psychiatry’s diagnostic manual.

What’s the answer? Right now, it’s a big “We don’t know.” If we’re talking brain wiring and neurodivergence, autism and mental illness have a number of commonalities. If we’re talking about developmental disorders, they’re probably not related to each other.

But we certainly shouldn’t ignore the possibility of the two occurring together. While psychological therapy and medication may not be the first line of treatment for ASD, it seems clear that at least some persons with autism might benefit from them as an addition.

And that, to me, is the bottom line – not how we define the conditions, but how we care for the people who have them.

Back to Work – Full Time

Comments on: "Autism and Mental Illness" (2)