Running Out of Drugs 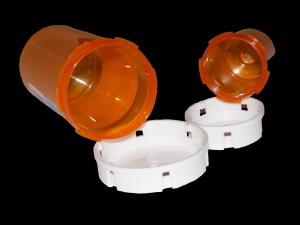 Running out of your medications is scary.

I know. It’s happened to me several times in the last few months.

Sometimes it was a matter of supply. My usual pharmacy ran out of Ambien and wasn’t going to get any more until after the weekend. Fortunately, they recommended a mom-an-pop pharmacy (yes, such things do still exist) just down the street and helped me transfer my prescription there.

Another time the problem was the prescription. I ran out of Ativan, but when I called in for a refill, I was told that it wasn’t time for one. When I looked at the bottle more closely, I discovered that they had given me 60 pills, as if I were taking two a day, instead of the three a day actually prescribed. (I was changing doctors about that time and there was miscommunication.)

Yet another time, it was money. I ran out of Abilify (actually aripiprazole – all my scrips are generic) and was told that even with insurance, it would cost me $800 because of the out-of-pocket required minimum. I spent a couple of days arguing with the insurance company, researching solutions online, and making sure a local pharmacy would take the coupon I found, which lowered the price to under $200. (I also had to stand in line while they called the coupon people and the insurance company to see how to enter it all in their system.)

And of course there are the everyday screw-ups. My husband forgot to pick up my scrips, or forgot which pharmacy they were at, or didn’t hear me say that I was completely out, or the pharmacy didn’t open until 10:00, or they had my pills in two different bags and they only gave us one. There are lots of ways it can happen.

Once I even took my entire supply on a weekend getaway and left them in a drawer in the bed-and-breakfast. I know. Stupid.

Most of the time running out of drugs isn’t a crisis. It just feels like one.

Of course, there are exceptions. It is a crisis if you run out of certain anti-anxiety drugs and you don’t get any for several days. You can have withdrawal – actual, physical as well as psychological withdrawal. I’ve heard that benzo withdrawal can be as bad as opiates. That’s one reason it’s important to replace your meds as soon as possible.

A lot of psychotropic medications build up to a therapeutic level in your bloodstream, so a day or two without them probably won’t even be noticeable. When you start taking them again, your levels will even out.

But even if the med you run out of is one that you can easily tolerate a day or two without, you may have some psychological effects. When I run out of a prescription, even for a short time, I become twitchy and agitated – my hypomania kicks in and comes out as anxiety, the way it usually does for me. I fear crashing back into that deadly unmedicated space where all is misery and despair. Intellectually, I know that likely won’t happen. But it sure feels like it will. This is one way my none-too-stable mind plays tricks on me.

It’s like the opposite of the placebo effect – believing that a medication will help you and experiencing gains even if the pill is fake. In this version, I believe that not taking the pill will cause relapse, even though it actually won’t.

Whatever else you feel or do, DO NOT use missing a couple of pills as an opportunity to go off your meds entirely. This is another lie your brain can tell: “You’re doing fine without it. Why keep taking it?” It may not be right away, but you will feel the effects of not taking your meds, and then there you are, back in the Pit of Despair or rocketing to the skies. It won’t be pretty.

For me and a lot of others like me, the key to effective medication is consistency. Once you find the right “cocktail,” stick with it. But if you run out, don’t panic. Keep Calm & Get a Refill.

Stuffing Your Feelings in a Box